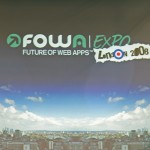 The FOWA conference 2008 held in London, has just ended and using my weekend to absorb the impressions from the conference gave med a couple of interesting things. One of the more interesting presentations was held by Kevin Rose the founder of digg.com. The presentation was not strictly about “The Future of News”, but more on how digg.com is evolving into the ‘recommendation era’ with focus on sharing and discovery and how the news industry may see a more social aspect in the near future.

Recommendation engine
First of all the presentation gave us some insight into why they have developed their recommendation engine. The use of statistics and data to provide a better user experience and increase the value on own content through leveraging the use of the service is not something new. This is a trend that Tim O’Reilly described as one of the core principles of the Web 2.0 era. The basic behind the Digg recommendation engine is similar users, and since the release in July (Upcoming) they have had pretty impressive results with for example an increase in digging activity by 40%.

Show your impact
I think that one really innovative use of the graph is to let the user know what kind of effect they actually make up for other users within their activity. More specifically, it means that if I do not like an article and votes it down (bury), I will be told how many people I made sure did not get to look at that article (as in not recommended to by the recommendation engine). This is a great and fundamental part of the networking effect, and takes the effect of direct user interaction to the next level. I hope they will succeed in implementing this innovative thoughts.

Recommendation as a service
Digg is seeing the recommendation engine as part of a more sophisticated network where the engine will act as a service for publishers to help them expose other data within their site. This means that a user visiting BBC may be exposed to articles that is recommended by Diggs recommendation engine. I think Kevin Rose and the rest of his team has some way to go before publishers will team up with this kind of business models, but it is not very difficult to see that from Diggs perspective this would be like a home run.

Targeted advertising – that’s what digg should focus on
I think that a more interesting perspective is looking at advertising. If Digg could use the recommendation engine, all the user activity and the graph (similar users) as a basis for an ad engine that will give more targeted ads to the users, and form the basis for a more effective advertising they will have something that is extremely interesting for others. In its simplest form this could be like this: If I as a user choose to click on an ad, then this ad should be targeted as relevant for all my similar users and therefor be displayed to them. My opinion is that advertising is something they should look more into related to the recommendation engine that they now are implementing.