At the end of 2007 I found my old AirPort Express. Looking down on it I remembered why I put it away; Audio Drop Out. What a big mistake buying that thing. Well, I desided that I had to use some time to solve the problem and start using this fantastic nice gadget. 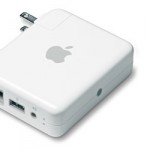 The first thing I did was to look into the information at Apple’s own site to see if they had written anything about this issue. And yes, they have. a firmware update should solve the issue (firmware update)… BUT it did not.

So I had to search the net to look for help. Whow, it seems that a lot of people is experiencing this problem. There is a lot of fancy and odd solutions and I tried everything I ever came over:

Here are some links:

Nothing helped. So I then had to figure out what actually happend with my computer during the drop out. I looked at 2 things; Network traffic and CPU usage. What I found out whas that the network traffic was ok, nothing odd with it. But, when I looked at CPU usage, I found one correlation with the drop out. Whenever my computer was working or had a CPU usage that was more than typically a couple of %, I got a drop out.

When streaming music to my AirPort Express I shut down all other applications, typically MSN, Firefox, Word etc. This solved the problem. No drop outs.

My conclusion is that there is no problem with the AirPort Express, the problem is related to the client that streams.  AirPort Express drop out is not a problem for me anymore I just have to focus on the music not doing a lot of things at the same time 🙂

26 comments for “AirPort Express audio drop out – how I solved it.”